ED is a type of sexual disorder that is usually involved with an individual being unable to develop or maintain an erection of the penis. This is generally during sexual activities. This disorder is mainly caused by both physical and psychological factors. In this article, we are going to cover in detail some of the causes of erectile dysfunction

In older men (mainly from 50 years), this factor accounts for nearly half of all the cases of erectile dysfunction. Cardiovascular diseases affect the normal functioning of the arteries and veins in the body. In most cases, the arteries and veins that bring blood to the penis during erections are damaged leading to the disorder.

Tobacco has constantly been associated with numerous ailments. Erectile dysfunction is one of them. Smoking inhibits circulation in the body. This may then lead to the collapse of vital veins that supply blood to the penis hence preventing one from getting an erection.

Many ailments that are related to blood end up causing erectile dysfunction. A perfect epitome is the sickle cell disease. People suffering from this disease are usually at risk of developing priapism which is a condition in which a person experiences hard erections for longer periods (6 hours). This is accompanied by extreme pain which ends up damaging penile tissues leading to ED.

Depression is an emotional disorder that is mainly characterized by the lack of self-esteem, confidence, erratic hormonal behavior or even poor eating habits. Issues in one’s life such as financial constraints, marital issues or workplace stress can lead to depression. On the other hand, having a low mood due to depression may lead to erectile dysfunction. Medications that treat depression also lead to ED.

Over the years, it has been argued that anxiety can ruin your ambitions. It is true to some extent. Most males become nervous before having a sexual encounter. This may be caused by the urge to impress the partner. The more a person gets anxious, the less able he can do so. The longer the problem is kept at bay, the stronger it becomes. Therefore, it would be prudent to talk with your partner in addressing the anxiety issues.

Erectile dysfunction has been on the rise in recent years. However, in each case, there lies a remedy. For instance, in older men and those suffering from depression, the use of enhancers such as Viagra has been fruitful. It is essential to visit a medical professional when you detect signs of dysfunction. 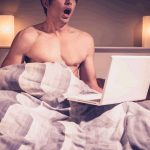 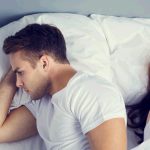