If you thought climate change only affects the environment, you’re wrong. It will affect you, too.

According to a recent study, climate change is likely to increase the rate of obesity around the world. We’re going to see more people struggling with cancer and other diseases. What’s more, the world’s most vulnerable populations will endure the worst of the crisis.

The negative consequences of climate change on human health will only intensify if we do not take immediate action to mitigate its effects on our planet’s natural resources and population.

What Exactly Do Studies Reveal?

Data analysis by researchers at the Fox Chase Cancer Center in Philadelphia reveals there’s been an exponential increase in greenhouse gas emissions in the last 70 years. And the culprit? Unprecedented burning of fossil fuels.

The study reveals that as weather events get more severe, there will likely be an increase in sedentary behavior, which in turn will drive up the consumption of fossil fuels by people with obesity. As a result, obesity will become more severe and further exacerbate the climate crisis, creating a vicious cycle.

According to one of the study’s co-authors, Christian Koch, MD, Ph.D., FACP, a rise in temperatures makes people less physically active. This drives up the prevalence of obesity while also increasing the demand for gas-powered transportation.

What’s even worse is that other studies seem to back the research by the Fox Chase Cancer Center. Findings from a 2003 health survey conducted in Australia suggested a direct link between driving to work and obesity rates. In the study, 49% of those driving a car to work were obese.

A closer look reveals a bidirectional relationship. As extreme weather events increase, obesity is likely to increase, driving up the consumption of fuels that will further reduce the planet’s habitability.

Multiple studies have already established a link between obesity and cancer. For example, the CDC reports that obese individuals are at a higher risk of getting 13 types of cancer. These include breast, liver, endometrial, brain, esophageal, colorectal, and pancreatic cancers.

Dr. Koch cites several reasons as to why obese people are at a higher risk of cancer:

The future is particularly bleak for low-income populations.

It is a well-established fact that obesity rates are generally higher in low-income areas.

Obesity affects people of lower economic status more than it affects the rich. That means that low-income populations will most likely see disproportionately higher cancer rates than more developed areas over the coming years.

Child obesity is particularly hard to combat in low-income areas. According to Erica Kenney, ScD, MPH, an Assistant Professor at the Harvard T.H. Chan School of Public Health, congested neighborhoods create the perfect conditions for obesity.

For example, if there’s little room for playgrounds, a child is more likely to develop sedentary indoor behavior that increases their risk of obesity. They might sit inside for hours watching TV instead of playing outside.

Since climate change, obesity, and cancer are all interrelated, finding an effective weapon against one will likely help with the others and slow the deterioration of human health.

For example, community-based programs can keep people active, making them less likely to put on excess weight. This would, in turn, reduce the demand for greenhouse gases and the occurrence of cancer.

Similarly, creating walking paths and cycling areas in urban environments will incentivize residents to adopt good behaviors for their physical fitness. As a result, initiatives aimed at promoting good health among individuals will also positively affect the planet. 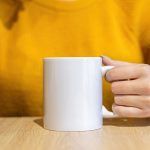 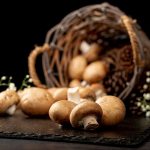